Blogger just took me off of "spam blog" status, so I can now post more pictures of the engine drop procedure. 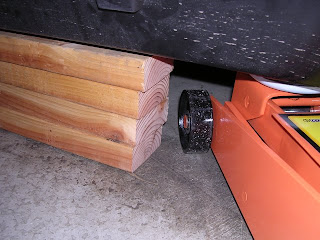 Here are some 2x4s under the chassis to prevent the car from coming down. 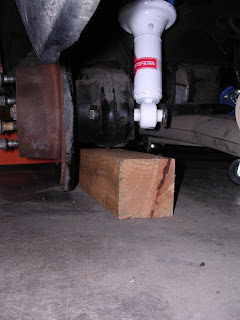 I also put 4x4 blocks under the axles to prevent the brake shields from getting damaged in case I lowered the body too much. 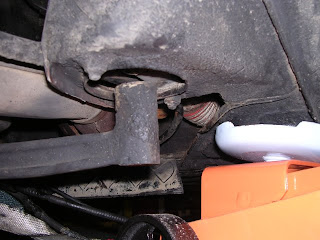 Here's the primary engine mount after I unbolted it. This was a royal pain because I had to hold the nut on the top of the mount to keep it from spinning in place and there's not much room to maneuver in there. 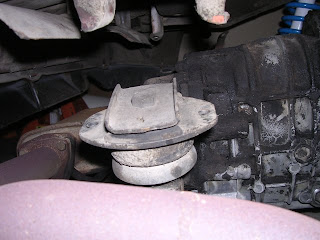 Here is the removed transmission mount with its two brackets at the top edge of the picture. The engine drop instructions specifically say to remove the entire mount instead of just unbolting the center. 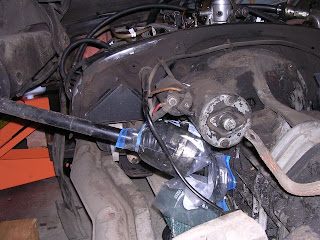 A common problem when dropping the engine is to get one of the CV joints caught under the starter motor like this. I had to move the engine to the right and lower the body a bit to get this unstuck. 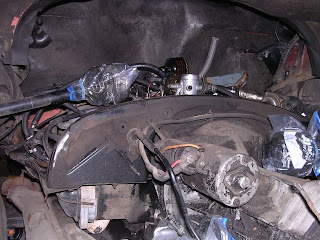 The left CV joint is now free and sitting on top of the engine. 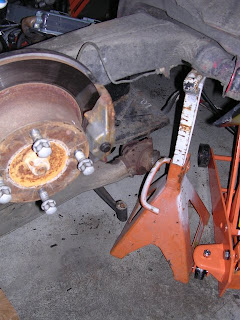 In order to hold the car up high enough, you need the tallest six-ton jackstands you can get your hands on. 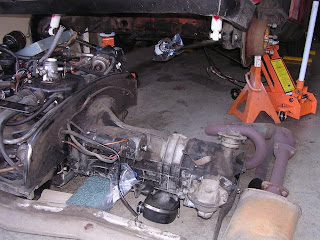 Here's a final shot, specifically focussing on the transmission since it's really the only piece I'm going to keep of this beast.